Raising A Glass to Cognac, The Iconic Brandy

Salt put Cognac on the world map, brandy kept it there.  That’s the short version of history, but true nonetheless.

Before cognac conquered the world drinks market, the quaint French village of the same name owed its existence to its lucrative trade in salt, courtesy of King Francois I granting it royal license to sell the key commodity.

That was before refrigeration, of course.

Nowadays, with the celebration of ‘World Cognac Day’ approaching this week (June 4), it is the global branding of brandies that have created the region’s enduring success.

Situated on both sides of the Charente river in western France between Angouleme and Saintes, the cognac region blends ocean, marshland and countryside and hosts 600 vineyards, around 150 privately-owned cellars and multiple cooperatives. 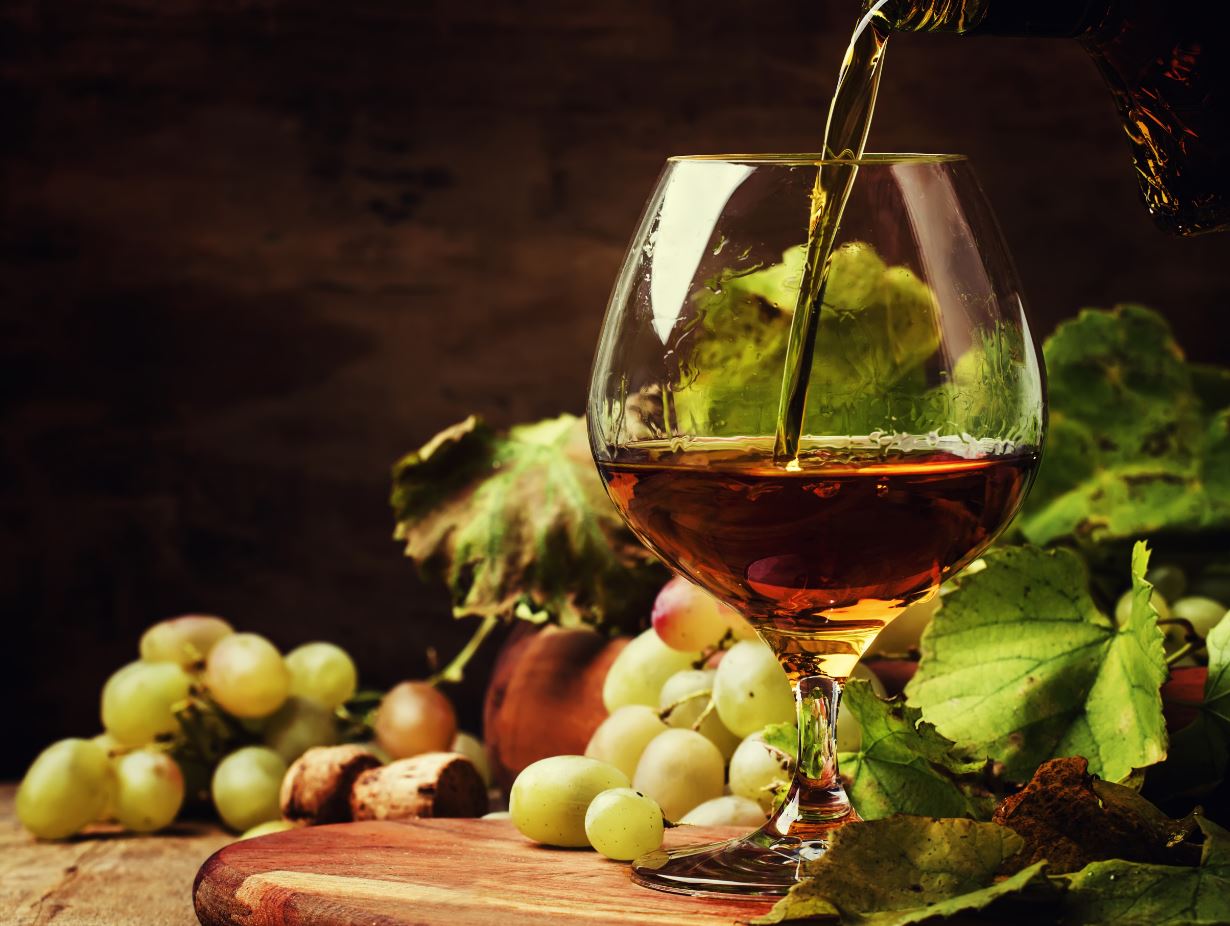 With no less than 26 grape varieties including merlot, cabernet, sauvignon and chardonnay and the less well-known pinot, gamay, chauché gris and colombard, the region is enjoying a resurgence.

As for its premier drink, cognac is made from white grapes – trebbiano toscano, known as ugni blanc in France. The grapes are transformed into wine, distilled into a spirit known as eau de vie, then aged for at least two years in French oak barrels. To qualify for the designation, only grapes from six sub-regions can be used and the wine must be distilled twice in copper pot stills.

Only around 3 per cent of cognac is sold in France, the largest market being the US. And, clearing up some confusion over etiquette, it can be enjoyed straight up, on the rocks, with a mixer or in a cocktail.

To know more about this celebrated liquor, stop by the medieval town’s Museum of the Arts of Cognac. You can even visit Saint Gobain glassworks where the bottles are made to contain all that cognac. You’ll also enjoy its narrow, cobblestoned streets hemmed in by 15th to 18th-century timber and white stone houses and the multitude of brandy-maturing warehouses riverside.

But a key question still remains: which cognac to choose? Here are three leading ones to start with. 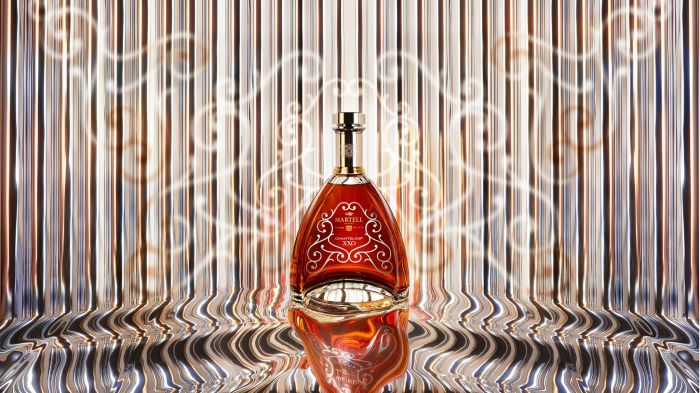 Released just last autumn, it is the only cognac to incorporate all four of the most prestigious crus – Borderies, Grand Champagne, Petite Champagne and Fins Bois.

Inheriting its name from the historic Chateau de Chanteloup, it was ceremoniously unveiled at a lavish dinner prepared by 3-Michelin starred chef Guy Savoy amidst the opulent décor of Le Petit Palais in Paris.

Chanteloup XXO reflects the keen sense of innovation that has marked Martell, now owned by Pernod Ricard, since its founding in 1715 by Jean Martell, with officials proudly claiming an identity based on “elegance, complexity and harmony.”

Cellar Master Christophe Valtaud blended 450 very old eaux-de-vie for his creation, the youngest aged for a minimum of 14 years.

“Martell Chanteloup XXO embodies a heritage transmitted through nine generations, as the Martell art of blending has been passed on from one cellar master to the next,” said Christophe. “Today, just as I blend eaux-de-vie aged by my predecessors, so I nurture eaux-de-vie that will be blended by my successors.”

Fragrant aromas of honey, vine peach and apricot greet the nose, before hints of fig, almonds and walnuts. The first sip hits the palate with an intense burst of fruity notes.

Presentation Chanteloup XXO is impressive, with the sleek outline of the bottle reflecting the elegant volutes of the iron gates of Chai Chanteloup in the Martell estate. 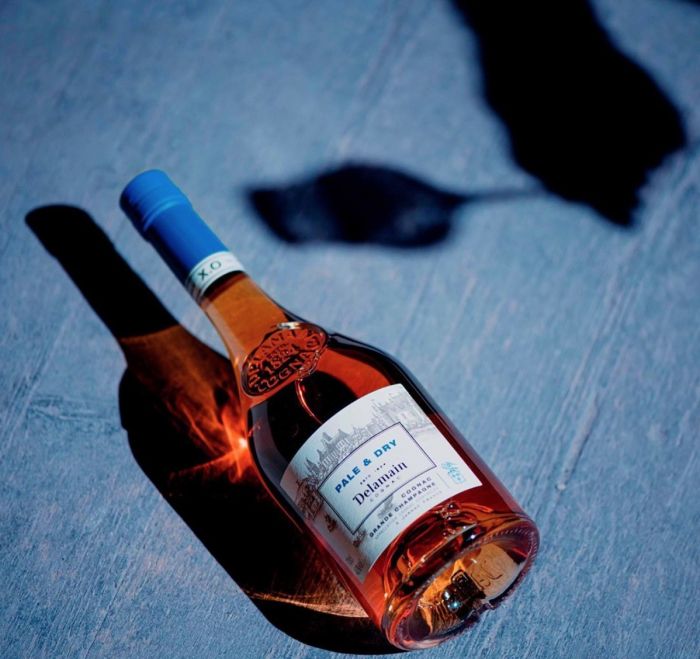 Over 200 years of refinement through nine generations – that’s the depth of experience and savoir-faire Maison Delamain brings to the table.

Passion for cognacs has been in the family genes since 1759 when Irish-born James Delamain settled as a merchant in Jarnac and his grandson Henri Delamain founded Maison Delamain.

And no better Ambassador product than its best-selling Pale & Dry X.O., a cognac that will shortly celebrate its centenary. Created in the 1920s by cousins Jacques and Robert Delamain, it is made exclusively from eaux-de-vie from Grande Champagne and Premier Cru de Cognac and embodies the Delamain approach to cognac-making led by Dominique Touteau, cellar master.

Pale because of its amber color, dry because of the feeling it leaves in the mouth, almost a powdery dryness, and a nose described as poached pear, ripe apricot with a hint of orange blossom, the bottle is engraved with the family crest.

Delamain cognacs, which also include Vesper and The Very Revered, are currently exported to over 60 countries. Its cellars contain red casks filled with cognacs several decades old.

Rebecca Montgomery, marketing and commercial director, said during the coronavirus lockdown, “we have been regularly communicating with loyal customers and distributors via social media platforms. Tasting videos enable us to continue educating people about our cognacs and ensuring they are available through traditional outlets and online.” Headquartered in the 18th century Chateau de Bonbonnet, Maison Ferrand is a relative newcomer to the scene, having been established by Alexandre Gabriel in 1989, after he revitalized the then dormant Ferrand Cognac, one of the oldest of cognac houses.

In tribute to the ten generations of the family who developed the house since 1630, Gabriel has created Ferrand’s 10 Generations cognac. Aged in French oak with 20 percent in Sauternes casks, it features flavors of baked pear, honey, muscat grape, pineapple and cloves, and fruity spice cake and raisin aromas.

Ferrand’s distinctive style derives from vines planted on Angeac terroir in the heart of Grande Champagne, considered the Premier Cru of Cognac, what connoisseurs call the ‘Golden Triangle,’ a highly-reputed micro-terroir of chalky soil.

“When I think of my grandfather, a small Burgundy winegrower for whom the earth was the source of true riches, I believe he would be proud of what we have achieved at Maison Ferrand,” says Alexandre Gabriel. When Health Care Moves Online, Many Patients Are Left Behind

When Health Care Moves Online, Many Patients Are Left Behind

No Result
View All Result